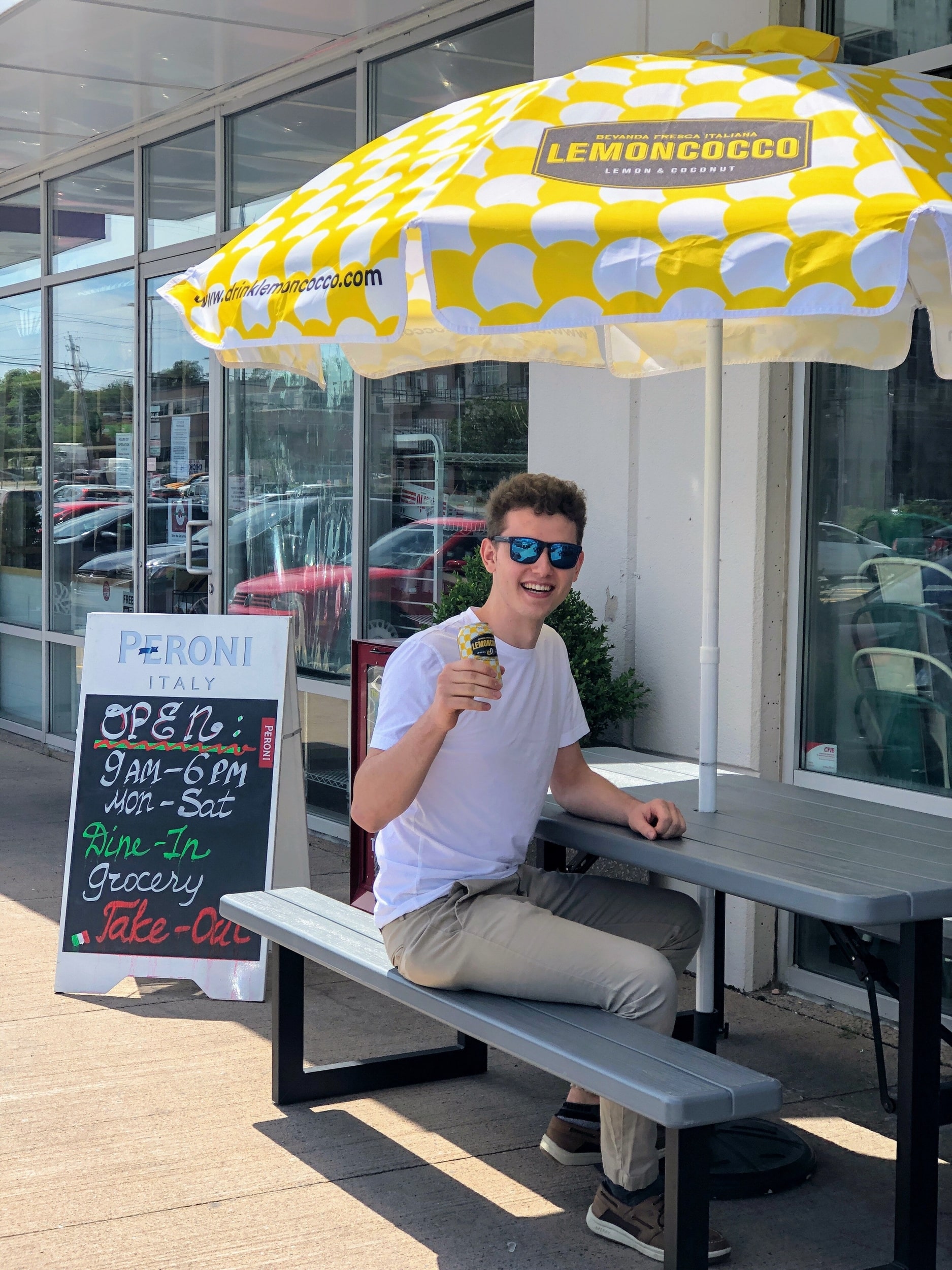 Ethan Johnston is a motivated young engineer living in Halifax, NS. He has been developing his knowledge of electrical and mechanical engineering while studying at Dalhousie University. Since he was three, he has always been fascinated by how things work. This is likely a direct result of his father being into technology and always having some little toy for him to play with. Following this, once he made it to grade 11, he was excited to start taking physics. He has always had many hands-on engineering projects he completes in his free time. See Projects. One of which is designing and building his own electric skateboard. Travelling at a top speed of 40km/hr and climbing up very steep hills, it still amazes him with its power. This has been a fun project for him over the past few years. Ethan was very involved with robotics and competed in the Skills Canada National Robotics competition two years in a row meaning he won his provincial competitions both years. He also participated in a program called Junior Achievement (JA), where he and a few friends started two successful businesses named BundleBee and Dr. Paw. He was awarded many awards with JA including the Achiever of the Year award.

Robotics Engineer Co-op – Provectus Robotics ( Fall 2022 ) – Ottawa, ON, Canada
Provectus Robotics Solutions is an international leader in developing autonomous robotic ground vehicles for private and public security sectors and military and other governmental agencies. He worked with communication protocols such as CAN and ethernet to debug various LIDARS, Radars and GPS’. He programmed various software features, including a robotic computer unit GPS time syncing utility in C++ with automatic time zone detection, and designed geofencing functionality in Python. This geofencing functionality can restrict vehicles to specific areas, such as roads while driving an autonomous route. It is also easily used for creating no-go zones. On top of these tasks, he had everyday tasks of identifying and fixing minor software/hardware bugs and implementing smaller software functions in C++. He completed thorough Acceptance Test Procedures and sanity checks on a variety of autonomous platforms. All hardware and software tasks were managed on Jira, and they had weekly sprint meetings to plan out the tasks for each week.

Electrical Team Lead – Dalhousie Autonomous Sailboat Team ( Jan 2021 – Current ) – Halifax, NS, Canada
Ethan is leading a team of Electrical Engineering Students to develop a fully autonomous 1.5m sailboat which must sail across the Atlantic Ocean. From Cape Breton, NS, to Ireland. He is responsible for creating and assigning tasks to members and providing technical support to everyone. He works directly with the PCB CAD team because it is the intersection of all the individual sub-components. Our PCB includes as few components as needed while still enabling good autonomy. These include a GPS, an ultrasonic wind vane, a compass, motor drivers, switching and linear voltage regulators, and MOSFETS. A couple of these components must simultaneously communicate data to the microprocessor through I2C, SPI or UART. Before starting the PCB, he designed the battery solution for the boat. He enjoys the PCB design more because it enables collaboration between electrical, software and mechanical sub-teams. Before this role, he was the Software Team lead. The boat autonomy software is written in embedded C++, which runs on a small ATMEL SAMD20 32-bit processor. With the boat, they strive to document their design decisions and solutions thoroughly to enable easier task transition and onboarding of new members.

System Engineering Co-op – Ultra Electronics ( Winter 2022 ) – Halifax, NS, Canada
Ethan worked with the Systems Engineering Team at Ultra to define and review requirements and author documents for the Canadian Surface Combatant Sonobuoy Processing System. A sonobuoy is a small expendable sonar buoy system that is dropped/ejected from aircraft or ships conducting anti-submarine warfare. Multiple can be used together, allowing for underwater GPS triangulation for Underwater ROV systems or identifying the position of underwater threats and much more. He was also able to design a 440V AC Power Disconnect and Distribution Box to aid in Environmental Qualification Testing for a Sonar Array’s Power and Control Cabinet.

Electrical / Mechanical Engineering Intern – Centre of Ocean Ventures Entrepreneurship ( Summer 2021 & Summer 2022 ) – Halifax, NS, Canada
Ethan developed an electromechanical system to control and optimize a quad-axial vertical hydrofoil array allowing for more efficient renewable energy generation in low to medium-flow water. He and his coworker were successfully able to transmit 315Mhz RF underwater for communication to the rotating array of hydrofoils. After this summer work, he worked under contract for the Ireland-based renewables company to design and produce a more feature-rich version to be used for their in-tank testing. This involved the electrical circuit design for LORA RF communication, battery management and charging, and motor control and positioning. Full Mechanical design of the IP68-rated device was completed. An ESP32 HTML web control interface was developed and embedded C++ programming was done for the microprocessor. He completed this project during his Summer 2022 school semester. “While it was a lot of work, it was a lot of fun and great being able to design all of the electrical, mechanical and software components in about 2 months’ time. To see a complex project through to the end, and it working as expected was a reassuring feeling. While there were a few hiccups and long nights, it got done with time to spare and I learned a lot.”

Halifax Grammar School Tech Crew ( 2014 – 2016 ) –  Halifax, NS, Canada
He and his friend managed a team and did all of the lighting and sound design on 6+ musicals/plays. They handled all the tech for assemblies, ceremonies, and events. They also developed a system to wirelessly control the ancient light board via MIDI. They could have run all of the musicals/plays from anywhere in the world. This was during grades 6 to 9.